If Hope Dies, Can We Survive? 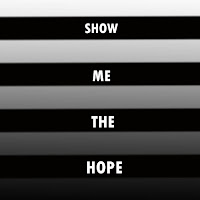 Times sure are becoming bad by the day. Crime, Rapes, Attacks, Corruption, Diseases, Pollution, Inflation... we are understanding the true meaning of Kalyug. Of course, we were born in Kalyug, but we never felt that it was so dark until the recent years. It's as if someone has picked us all and placed us in this place that has so much evil stuff in it.

Seriously, what is wrong with the nation? The literacy rate is increasing but I guess it is no good if it doesn't result in betterment of the society. India touched an effective literacy rate of 74.04 per cent in 2011, while in 2001 census the rate was 64.8 percent (Source:  www.mapsofindia.com).

Yet, we never felt so insecure!

Take Mumbai for instance. 15 years ago, I would proudly tell my cousins or friends from different states how we women are so safe in Mumbai that we can travel very late in the night. There was no doubt about our safety in trains or auto rickshaws. But now, it's not like that.

I don't know if I am being unnecessarily paranoid, but the way I feel (and I am sure many others feel too) has changed drastically. I am scared to travel alone in a ladies compartment when there are not too many people. It has become a habit to look under the seats for unclaimed objects and to dial the helpline when there's an unclaimed bag in the train. And once when I forgot a bag in the train, I panicked not for losing it but wondering if it will create panic in the train!

I am unsure of talking in Hindi in the local market here as recently a shopkeeper fought with me as I did not speak in the local language and indicated that I am an 'outsider'! No I did not make a police complaint. You know why? Because I was scared that since the many onlookers did not stand up for me, who will act as a witness? Who will believe me? And what if someone comes and threatens me! I now speak in the local language in the market for all the wrong reasons, not for the fact that I love the language and scored my best marks in it while in school.

Almost everyday, there are news of rapes, gang rapes... it's pathetic, inhuman! And good people come together to raise their voice for justice. But why do we need to plead for justice? In this independent era, after our freedom fighters sacrificed so much and now, after we pay such heavy taxes and bear the brunt of inflation, shouldn't getting justice in time and feeling secure be our right? But we don't get justice in time, we don't feel secure.

And when we don't, we hold on to Hope. Hope that, despite everything, gives us the strength to move on and an assurance that things will become better. But as things only continue to worsen and we start clinging more tightly to Hope, it is getting weaker.

Hope keeps us alive but Hope has a life too. And I only hope that we do not lose it, because if we lose Hope too, what will we hold on to?
Posted by annucool15