Chatting, when introduced for the first time, changed a lot many things. We were reconnected with many long lost contacts. Catching up with friends, near or close, became easier and frequent. It made life more interesting.

Initially, I used to chat a lot. But as years passed and with the advent of Facebook, I started finding chatting online pretty boring! Until recently, when WeChat was introduced. Its contest on the IndiBlogger platform seemed really cool - If you could connect with 5 or more people in a WeChat group - who would they be, and why? What would you talk about?

Well, it made me think which real or fictional people from past or present would I like to chat with. And it got me thinking a lot! Intestingly, these people can chat with each other too in the WeChat group!

How about Newton? Isaac Newton. I always wondered what kind of person he really was... Serious nerd or a funny creative genius? What would have happened if instead of an apple falling on his head he noticed a feather flying by? Would he have then invented some "Newton's law of flight?" Would he have invented the concept of humans traveling by air instead of the Wright brothers' invention of airplane? Did Wright brothers exist before or after him? Well I can Google it for sure but it would be interesting to discuss with him on WeChat instead and poke his brain ;)

How about Rajinikanth! Oh he is one interesting personality of our times! I always found it fascinating how he managed to attract such a huge fanfare! They are crazy about him and his style. And no other Indian film actor in the past 2 decades have managed to have such die-hard fans. While some might find his style and supernatural onscreen powers funny and hyped, I guess he has the maximum number of fanatic fans in India! Did he imagine in the initial years of his film career that he will reach here? And what about the famous Rajinikanth jokes? The are awesome! Whether you watch his films or not, you will always enjoy the jokes! 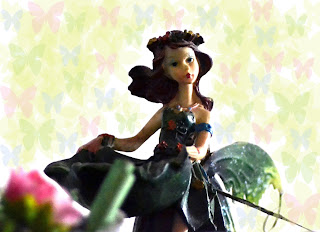 The third person I would like to add to my WeChat group would be Alice (of the Alice in Wonderland fame). Falling into the rabbit hole and getting a different perspective of life must be real fun. But no one ever asked where the magical rabbit hole is! I would most certainly ask her and maybe join her in yet another fall into the rabbit hole.

Next would be Tom and Jerry! I just want to hear more of their catch and chase stories. And when they are connected by a chatting platform, where they cannot actually run behind each other, I would love to see how they can bother each other even when they are not nearby!

Now if only my wish is granted and Newton, Rajinikanth, Alice, Tom and Jerry come to chat with me in a group, I promise I will share everything about it. And if you comment out here with your queries for these people, I might even add you in the group!

Until then, you can vote for this entry here while I start creating some new WeChat groups with those I have met in real life :)
Posted by annucool15